Absolutely the BEST !! On time every day. Courteous and worked ALL day to get the project finished. Totally plan to use them again.... Love Love Love the final product 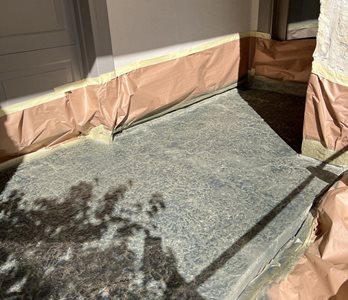 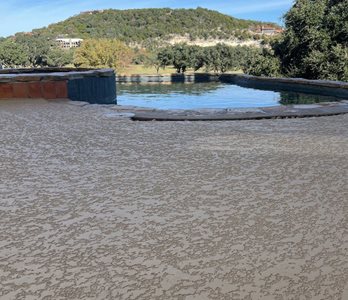 Great job and we love the results! The crew was great to work with. Would highly recommend them! 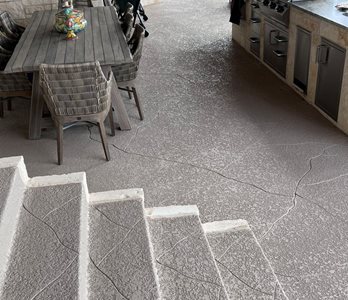 We previously used Sundek for our pool area and pool house floor and they did an amazing job. This time we had them out to change the color and as always, so professional and very clean work. Will forever use Sundek! 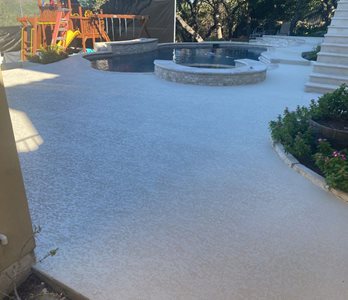 Sundek of San Antonio originally put their concrete coating on our patio-pool deck ten years ago. Their textured light colored surface made a very attractive to look at and a cool, comfortable surface to walk on that we have enjoyed over the years. After much use and the wearing of time, the surface was in need of refreshing. This year we had Sundek come back to fix a few damaged places, build up a couple of low spots to improve water drainage, and recover the whole surface. Our patio area now looks brand new again. Sundek did every thing they said they would do. Their workmanship has been consistently outstanding and their product is excellent and well worth the cost. Their customer service throughout the entire process was also excellent. We highly recommend Sundek of San Antonio.

I had to wait several months for the project to begin but all in all it is worth the wait. I had a pebble concrete pool deck and many areas the pebbles came loose and was unsightly. I have a nice quartz coping around the pool. The sprayed the sundek material when I was at work and when I got home I was In shock at the difference. My pool patio for the first time ever was beautiful! The change is amazing! Not to mention that it is so much better to walk on and so much cooler. The color really brought out my quartz flagstone coping. It is no slippery at all when wet. My pool area is just amazing right now. The workers had covered the entire pool to prevent any material from getting in while the project was going on. My pergola and French doors was also protected. When they left all evidence of construction was removed and all that was left was pure protection. If you want to turn your pool area beautiful the use Sundek!

When Sundek says they stand behind their product and workmanship they mean it. Just had some warranty work done and the crew and all involved in this warranty were top notch. The weather was working against them but these guys powered through and worked in some extremely hot temps and delivered once again an amazing finished product! Thank you so much for being a stand up company. 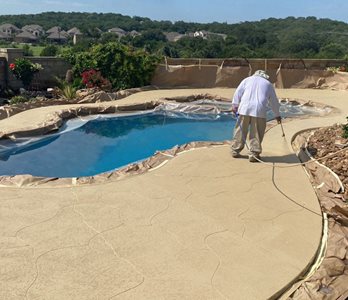 After working with and paying another general contractor to put in two new outdoor patios with stamp & stain, they royally missed the boat on what was promised versus what was delivered. I brought in Sundek to evaluate the situation. After a few great meetings with Joe and my contractors, my contractor refunded my money for the stain work, and I scheduled with Sundek to make it all right. They are busy and in high demand so I had to wait, but oh my was it worth it! I have the two beautiful outdoor patios I always wanted. Their communication, process, and professionalism are all top notch! I wish everyone I worked with was as good. I will happily refer Sundek to everyone! 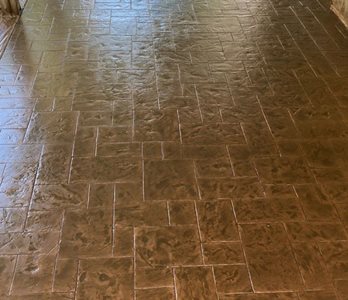 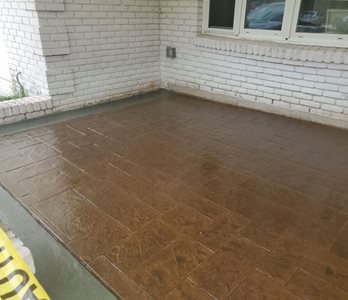 After a dozen years our pool deck had become quite dirty and had numerous cracks showing. We really didn’t want to go through the expense of resurfacing it, but I felt that it had to be done. I got three quotes from vendors, each of which had a different approach. All of the quotes were about the same, give or take a few hundred dollars. I chose Sundek because the representative who gave me the estimate spent quite a bit of time explaining the process, particularly the process of dealing with cracks.

Our old deck was what is known as a “salt finish” which leaves a speckled pattern of shallow indentations on the concrete surface, similar to the appearance of slightly pitted, weathered rock. Unfortunately, those indentations tend to attract dirt and, over time, actually become black. I power wash the deck as often as I can, but the dirt remained. In my mind, applying another salt finish was out of the question.

We chose the Sundek Classic Finish overlay. This system system consists of a water based acrylic polymer modified concrete product that is sprayed down onto an existing concrete surface and then “knocked” down or troweled down using the edge of a concrete trowel. The system is then scored to give the deck a unique decorative appearance.

We are very happy with the results. I also want to mention that the workers were knowledgeable, polite and attentive to details. The three attached photos show what the deck looked like before it was finished, what it looked like after it was finished, and some of the detailed work. I highly recommend Sundek. 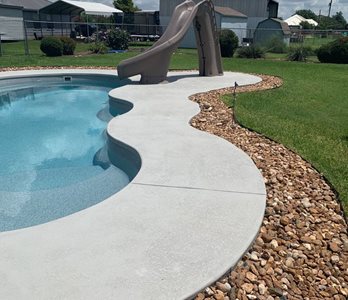 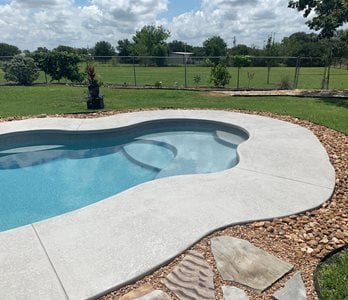 Sundek of San Antonio applied new decking on our back porch and around our pool. We had numerous issues to be corrected including surface cracking, low and uneven areas, expansion joints, in-ground drain lines, removal and covering old equipment lines, tile and coping issues around the pool and, as discussed from the very beginning, all issues were fixed exactly as we agreed. I am picky and our rep, Casey, kept in touch often, followed up with me & the workers through to the very end. She went the extra mile to make sure I was happy. Supervisors were here often to also follow up. Every one at Sundek was professional, very polite and cleaned up thoroughly. We are so pleased we chose Sundek. We got the professional job we wanted and couldn’t be happier. 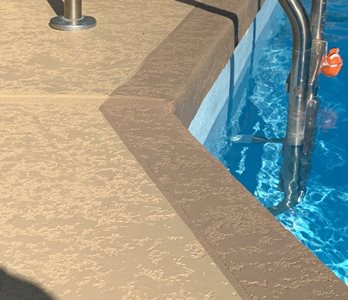 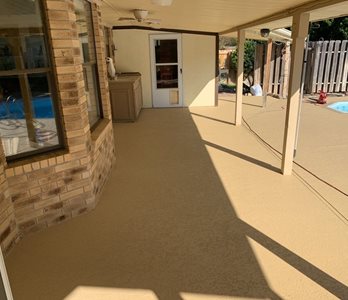 Team was excellent, we did a garage floor, back patio, and a courtyard entry to our home. All three are perfect, exactly what we were looking for. Would highly recommend Sundek. 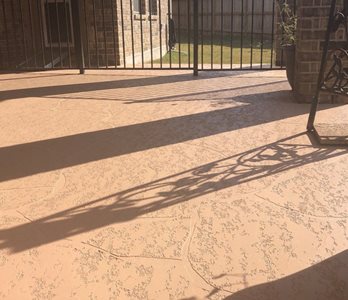 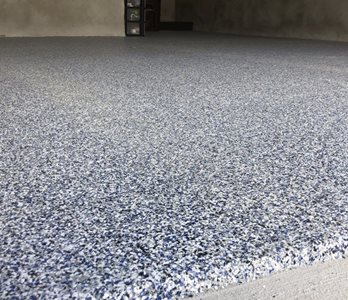 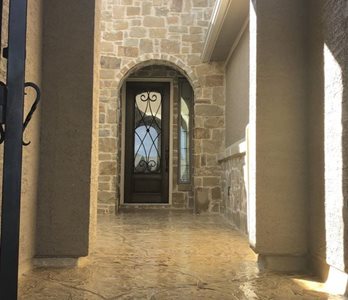 See our coatings and stains at residential and commercial properties.

Get technical information, system guides, and more for all SUNDEK San Antonio products.

View the wide range of color options and brochures available through our various systems.

See outstanding SUNDEK projects from contractors across the country.

Useful tips to design and run your projects smoothly.